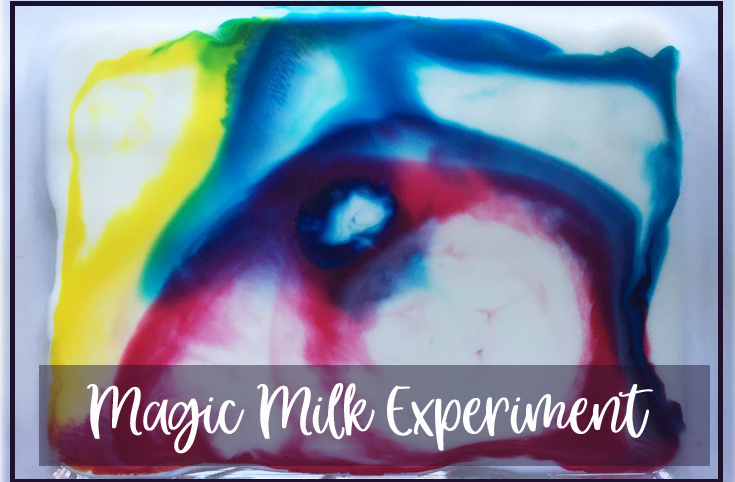 I have been wanting to try out the magic milk experiment with my kids for a while. I thought it was a great way to introduce them to science and color mixing.
We finally went for it!! We loved it!
It is a very easy science experiment that will take you less than 5 minutes to put in place. And your kids are going to love the magic happening in front of their little eyes. 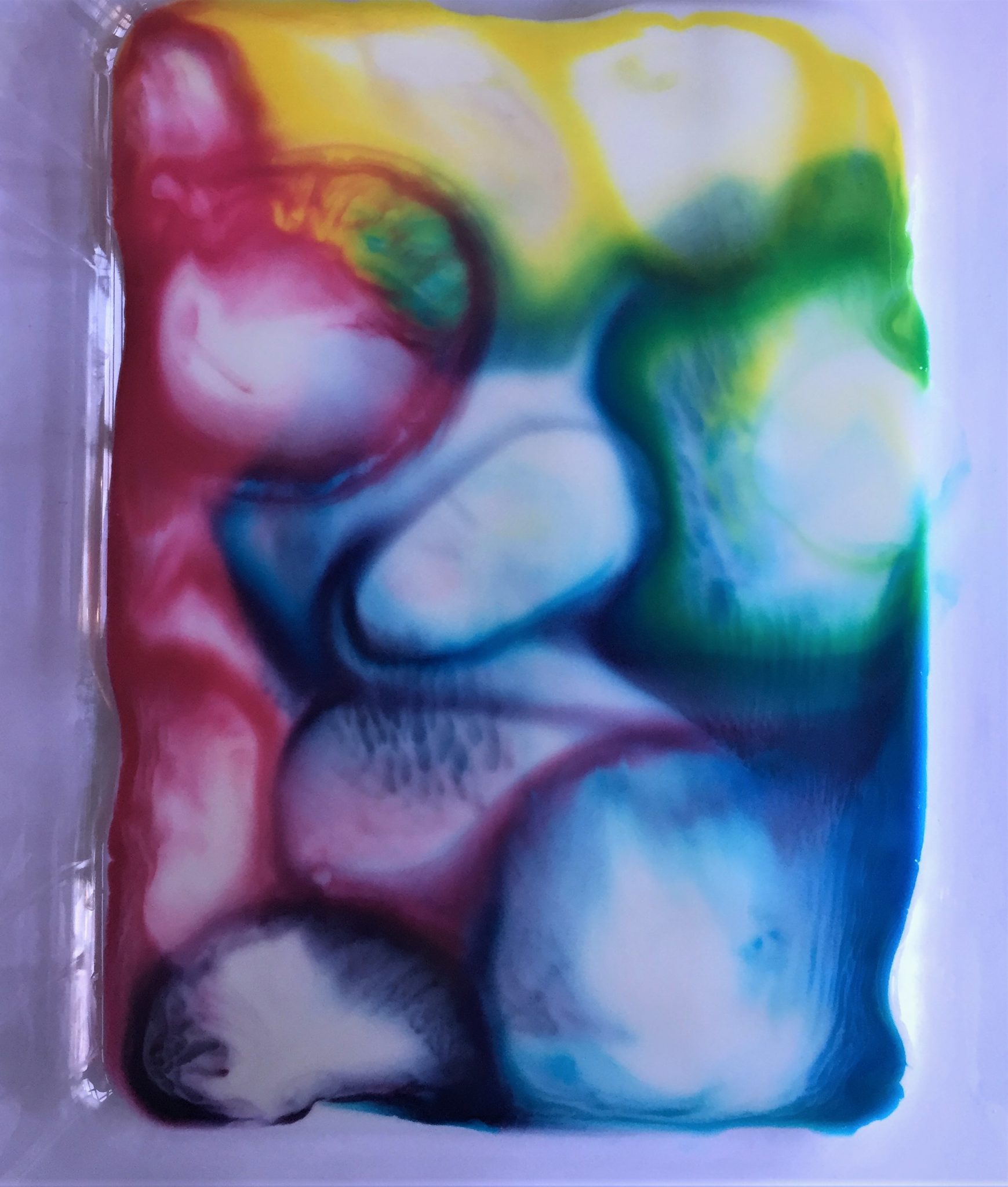 This milk and food coloring experiment is very easy to carry out at home.

What you will need for this color changing milk experiment

What we like about this color changing milk experiment is that it will fascinate everyone from young kids to adults.

Start by pouring the milk in your recipient. You should only aim at covering the bottom of your recipient or plate to not waste the milk.

Then add drops of the different food coloring you have. You can either spread them or aim at the middle of the plate.
We went with the primary colors (blue, red and yellow) to test out my kids color mixing theories!

Dip your cotton swab in the detergent and you are all set!
The magic is ready to begin.

You can either let the detergent drop from the cotton swab or you can dip it in your plate!

Tadaaa!! The colors are running away from the cotton swab and getting mixed together.

As soon as we put the detergent in the milk, the food coloring moved from the middle of the plate. The colors stared mixing up and some green appeared on the top of the plate, a little bit of orange at the bottom ad well.

Then we kept on playing with it and saw the purple appearing as well!

It is very easy to guess where we dipped out detergent as the food coloring ran spread in a circle shape when it had enough room.

It’s a great experiment to watch. You can dip the cotton swab for quite some time if you do not leave it in the milk for more than a second each time.
After a little while, it won’t work anymore as the colors will be mixed with the milk.

Here is what happened when I tried moving the recipient! Turned out to be great art!!

Milk is made up mostly of water but contains vitamins, minerals, proteins and fat.
When you add food coloring, you can see that it does not mix up to the milk (while it does if you add it to water). The molecules on the surface of the milk have a strong connection to the molecules surrounding them and together they form a “film” on the surface on the milk. This film is like a little wall holding your food coloring drops on the surface. This phenomenon is called Surface Tension.

When you add up your washing liquid, this little wall breaks apart. The molecules in the washing liquid weaken the molecules on the surface on the milk, thus destroying the film. This is why the food coloring can start mixing up with the milk. It is pushed around when the detergent and the fat in the milk react together.

You probably have seen that happening already when washing some very greasy dinner plates.
When you just add water to your plate, nothing happen. The grease stays there and does not mix up with the water. But as soon as you add up your washing liquid, the grease and the water can start mixing up and you can clean your plate!

You can try the same science experiment but replacing the food coloring with pepper.
Pepper won’t mix up with the milk but you can still see it running away from the soap which is pretty cool.

That’s because the molecules on the surface of the milk still want to keep their surface tension going on. So they pull back from the soap and take the pepper with them!

Have you tried this magic milk experiment before? Did you enjoy it?

If you are after more science experiments for kids, check out this lava lamp without alka seltzer. 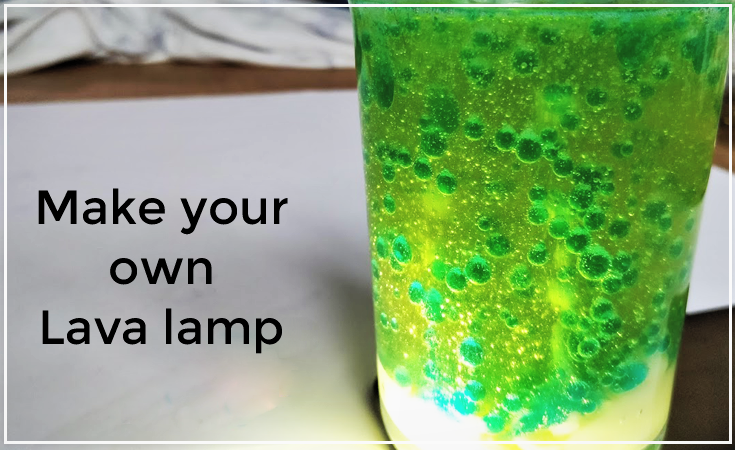 How to make lava lamp without alka seltzer